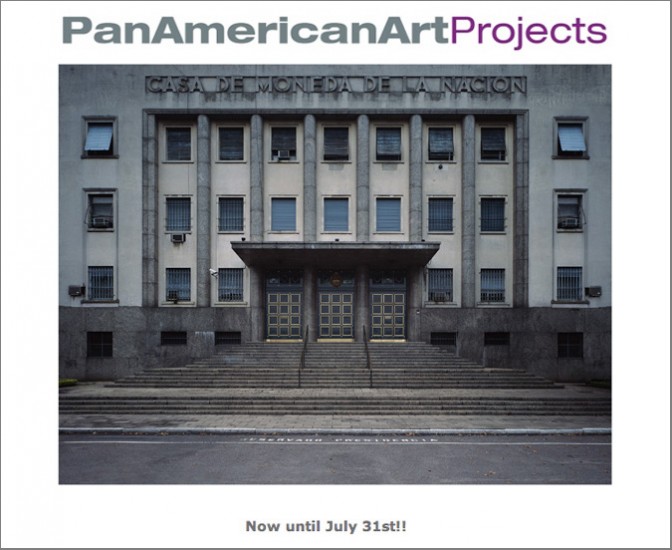 With works by Gian Paolo Minelli, Santiago Porter, Graciela Sacco, Pablo Soria, and Lucia Warck-Meister. Gian Paolo Minelli and Graciela Sacco use space as the protagonist in their works. Minelli’s stark views of an empty penitentiary imply stories of people that pass through there. In Sacco’s images space symbolizes transition and the constant movement of people. Santiago Porter, on the other hand, chose to illustrate a social situation by portraying the buildings that represent the economic collapse of the country. Porter took his images early in the morning, creating an eerie effect of desolation. Pablo Soria and Lucia Warck-Meister’s works are very intimate. Both artists are dealing with identity. Soria portrays places of his native Tucuman, abandoned houses and bucolic landscapes. Lately he incorporates his own image as an ethereal presence in the scenes. His pieces are embedded with nostalgia and yearning for a past time. Warck-Meister’s elegant compositions, especially her Invisible Cities series, are like divertimentos captured in a fleeting moment. The hypnotic and calming sensation produced by the cold palette in the spectrum of blues invites to introspection.